You are here: Home / Tables / Romance, I Love You!

Roses are beautiful flowers and a symbol for love.

A lot of my work is inspired of what has happened in my life. This proyect is based on the memory when my husband and I decided to get married. Red roses had a big role. 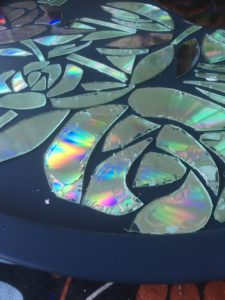 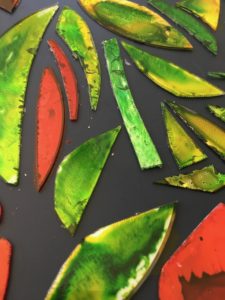 This proyect had to be “sparkling” and CD-ROM pieces are perfect for that. I pretty much knew how I wanted the motive, but making a balance between the red of the roses with the green of the leafs took a bit of time. 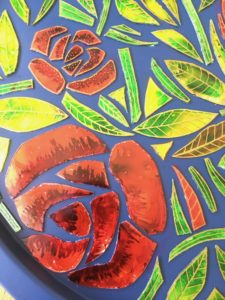 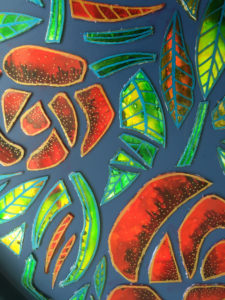 The roses had to be lined with gold, but when the leafs had the same color, it felt like the roses didn’t have the main role.

Så… I change the gold for blue, but it still didn’t work.

But than I used black… it was magic! and the story could be told. 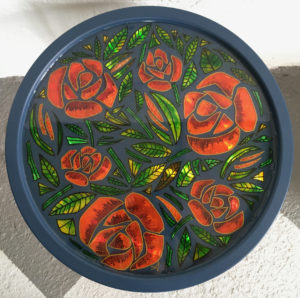 It was a raining morning when they decided to commit their lifes to each other. Twelve hours later, with rings of gold in their packets, they where runing to catch the subway to “Notre Dame”, where they wanted to promise their love to each other. On the way to church, he came up with the idea of buying ten red roses – a symbol of his love. Since than, every aniversary, he gives her, ten red roses plus one for each year. This October will fifty red roses be given.